Economic trends facing business in 2022 and beyond

Editor’s note: This article is part of an annual four-part series on trends impacting small and midsize businesses. In Part 4, we study economic trends for 2022.

Amid unprecedented supply chain shocks, labor shortages and inflation, business owners are reconciling which economic conditions are transitory and which are permanent.

President Biden’s announcement renominating Federal Reserve Chair Jerome Powell for a second term was widely viewed as an endorsement of current Fed policy, which has favored full employment over arresting inflation.i The demand for goods, ongoing port congestion and shortages of everything from truck drivers to restaurant staff is constraining the U.S. economy.

Our current state is a shortage economy in chaos: 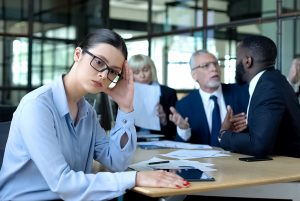 After 20 years of declining interest rates, the Federal Reserve bank is posturing for multiple rate hikes over the next few quarters. At the outbreak of the pandemic, central banks had little room to drop rates as they turned negative in some parts of Europe. Instead, the Fed turned to the remaining tactic at their disposal — stimulating the flow of credit to households and businesses. These tactics have contributed to supply-and-demand imbalances. The Fed and other central banks appear resolute to keep rates low and deflate their own serving costs.

Long-term ramifications for the U.S. are troubling, with total federal government debt set to approach $30 trillion by the end of the year.

On November 15, President Biden signed the $1 trillion infrastructure bill into law, allocating billions to state and local governments over the next five years. The bill is expected to contribute about a quarter of a percentage point to GDP over that time.iii The bill will fund:

California received the most dollars ($45 billion), followed by Texas ($35 billion) and New York ($27 billion). About $650 billion is earmarked to current programs. Implementation of these projects will take years.

Not only will federal agencies have to decide which projects to fund, they must pass environmental and other regulatory reviews and then progress to local governments. The bill does codify a Trump-era mandate of “one federal decision” intended to reduce bureaucracy.iv

While as of this writing Congress had yet to pass the Build Back Better Framework, it’s clear that fiscal stimulus will not be funded by large tax increases to business owners, as Democrats had proposed.

For more detail on spending by sector, see the infrastructure bill.

Inflation is a function of too much money chasing too few goods and services. While it is expected that higher costs will persist through much of 2022 as markets rebalance, hyper-inflation over an extended period is unlikely. The Consumer Price Index (CPI) was up 6.2% in October, which reflects significant government stimulus and a hot U.S. labor market.

Inflation in the U.S. is outpacing the rest of the world including Europe, even amid similar COVID conditions. As supply shocks subside and higher interest rates take hold, inflation should ease by Q4 of 2022.

The supply chain disruptions of the last two years represented a perfect storm. Following the longest upturn in U.S. history and a shift toward protectionism, providers leaned out their inventory and dialed back supply of key components.v The pandemic flipped a switch.

Companies are now spending 15% more to manage their supply chains than before the pandemic. Providers are gaining a better handle on the root causes of higher costs and delays. The cost of air freight from China to the U.S. was up 60% in the last three months. Canceled foreign flights that provided space for cargo have limited supply.

The Port of Los Angeles announced steep fines for operators who leave their containers in the port too long. Over 100,000 empty containers are causing a glut. Walmart began commissioning its own shipbound cargo. Underutilized passenger planes are being retrofitted for freight. Chipmakers are prioritizing their production among carmakers and electronics makers.

Retail chain executives have indicated that global supply chain shortages are receding, but that it could take a year or more for the inflow of product to normalize. The resurging pandemic is likely to cause greater disruption in supply hubs such as India and Vietnam.vi Expect volume to subside after the holidays.vii

Many raw material prices remain volatile. Many industries are reliant on a vital few sources for materials, as is the case with manufacturing buying steel and aluminum. The cost of aluminum fluctuates based on the cost of magnesium, which is controlled exclusively by Chinese providers. Total U.S. manufacturing output fell by .7% in September, even at a time of scorching demand.

The wild card in the short term may be the U.S. government. The Biden administration has announced intentions to keep tariffs (averaging 19%) on some Chinese goods in place. Companies can file for exceptions, but those will likely be hard to come by.

On these pages four years ago, we pondered the possibility that the tariffs would become the long-term trade policy of the United States. While the recent agreement between China and the U.S. on climate change felt like a first step, sabre rattling among the U.S., China and Russia continues.

There is an emerging bifurcation of the global economy into East and West. High transportation costs, climate change concerns and inflation are contributing to regionalization. Companies will seek to ensure supply chain continuity through vertical integration and supply chains they can control. Droves of U.S. companies are seeking just-in-time manufacturing and distribution closer to home, including in Mexico and South America.

Wages will rise 5% this year and soften slightly next year — more in the 4% range. Atlanta had the highest increase in wages in Q3 because of travel, hospitality and restaurant openings. Washington D.C. and San Jose had the lowest.viii

Food service and retail (+4.9% year over year) job wages are growing the fastest. When our economy heats or cools, low skill labor tends to migrate from one industry to another. Marketing wages are relatively flat.

A new ecosystem of financial services is emerging a result of the crypto revolution. Ethereum, a blockchain network which will work as a hub, is reaching critical mass and will reduce friction and make transactions cheap, transparent and fast. This year, Ethereum will verify $2.5 trillion in transactions—about the same as Visa.ix

The activities that take place today in banks, such as wires and loans, will happen on private networks regulated by governments. Governments with strong financial institutions like the U.S. Federal Reserve will be slower to adapt than undeveloped governments seeking out systems to stabilize their economies. Cottage industries will emerge to protect and trade assets — some in nebulous ways (such as money laundering).

The U.S. dollar is performing well. The ICE US Dollar Index, which measures the dollar’s strength vs. foreign currencies, has shot up in recent months as yields on U.S. bonds shot higher. The 10-Year Treasury Bill has normalized in the 1.6% range after dropping below 1.0 through much of 2020. The U.S. is still viewed as a safe haven versus other government bonds.

As we pointed out in our post on ecological trends, there is a sea of change where business leaders are accepting responsibility to achieve carbon neutrality. Biden’s programs are certain to spark investment in electric vehicles, water resilience and other measures to combat climate change.

Car maker Rivian achieved a remarkable $130 billion in its IPO — valued higher than Ford or GM without achieving any revenue. EVs alone are expected to be a $1 trillion market by 2025.

The death of the U.S. mall has been highly exaggerated. In 2021, retailers will open more stores than they closed for the first time since 2017.xi

While ecommerce has accelerated from 14% of retail sales in 2018 to around 20% this year, retailers are controlling distribution through brick-and-mortar and novel omnichannel experiences such as livestreaming, click-and-collect and online memberships. Walmart is partnering with TikTok, and Sephora is with Facebook.

Amazon continues to dominate many ecommerce sectors, achieving a market share of 40%.xii Others are fighting back, with Walmart alone booking $75 million in ecommerce revenue this year. Over half of retail’s gains this year will be inflation related.

Given a move toward de-globalization and all that’s happening at home, we will not focus on international trends in this year’s issue. The global economy continues its recovery despite setbacks from the Delta variant, especially in undeveloped nations with low vaccination rates. Global GDP is expected to grow 5.1% in 2021, softening to 3.9% in 2022. Remarkably, China’s GDP growth has cooled to a tepid 5.0%.

There has been much written about the decline of America’s standing in the world and capitalism itself. Yet statistically speaking, the U.S. economy has never been stronger in relative terms. The dollar is strong, the S&P is up 22% for the year, and hard U.S. assets appear to be the current tonic for inflation. New business starts are setting records. Our financial system is still considered the most stable in the world. Don’t take the U.S. economy for granted.