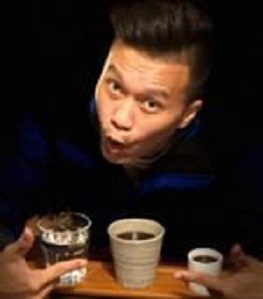 Raymond Gan began his business by running the family footwear shop with his siblings, and later found his own brand – Kasut U. Subsequently, he merged these 2 chains for greater synergy. Today, the company boasts 48 branches and 70 staff. Rejoiced at his achievement, Raymond remarked that, “I am glad that we have grown in capabilities after becoming Vistage member.”

“After joining Vistage since 2014, I have acquired great breakthrough in terms of ideas and perspectives. ‘ The Coach and members always point out our blindspots, and their advices and assistance have helped us tremendously. That is why a few more top management personnel have also joined Vistage. Besides self-enrichment, it is also good for capacity building’. Raymond is very eager to attend the monthly meetings, in which he benefits in unexpected ways through the brain-storming.

Kasut U, the East Coast market leader was established in 2002 at Kuala Terengganu. As mainly target the middle and lower income groups, the products are very affordable. To meet the market needs, the product line-up of Kasut U presents a unqiue style that blends simplicity, comfort and affordability. Kasut U originated from Hoover, a renowned footwear shop with 55 years of history. 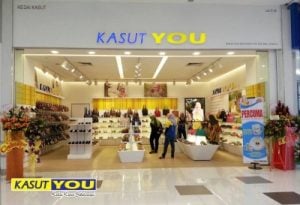 Hoover was managed by Raymond’s siblings until 2000, when Raymond came onboard. Back then the company was mired in difficulty, with the little profit from the huge chain of outlets just sufficient for day-to-day operations.

“Empowered by a strong fighting spirit, we kept on marching ahead. We were lucky as Hoover was invited to a trade expo in the East Coast region, and we drove nine hours from Johor to the East Coast.”The response was unexpectedly overwhelming, so Gan decided to visit the East Coast again to seek greater opportunity.

After participating in a few trade fairs, Raymond found that the East Coast market was very lucrative. Having discussed its possibility with a few of his lieutenants, he decided to establish a separate brand for it. The search for a good location took him two years. In the year 2002, the first outlet of Kasut U opened its door.

Due to the different demands the East Coast market presents, Kasut U couldn’t replicate the Hoover’s modus operandi in total. As such, Raymond spent about two to three years to search for the best way to run his business, including changing the size, colour and models of the footwear to cater to the local needs, before Kasut U could gain a strong foothold in the East Coast region.

Instead of banking on the old operation style, Raymond aspired to chart a new route map. As a result, Kasut U produced its own brand, and sold the products at a different price range. Unknowingly, they have spearheaded a different pathway to success. Within just three to five years, Kasut U has expanded speedily, to the extent that Hoover’s operation in Johor was also altered.

In year 2013, the management decided to integrate Kasut U and the Johor outlets, while maintaining two different business models. The earlier outlets were rebranded as Kasut U, but these outlets in Johor would continue to focus on branded products.

Raymond has never expected that the company would expand to such a size. “It is high time to consolidate, in order to scale greater heights. We have been planning and consolidating all these while, hopefully one day we will become the “Uniqlo of footwear”, an icon of excellence in the footwear industry.”

“The key for our success lies in the ‘fighting spirit’. The debts we owed our suppliers motivated us to achieve higher. Together with my siblings, we had nothing to fear, and before we know, we have ended up here,” Raymond joyfully reminisced.

On a serious note, Raymond asserted that “Start-up is a journey of no return, one must persevere until the end.” He reiterated that as long as one was aware of his original intention, understood what he was seeking and what was the maximum he could compromise, one should just go and fight all the way without too much of worry.