Inside Out Approach – Sean Lee 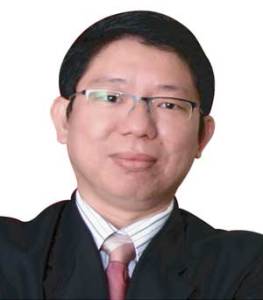 Thanks to issue processing and one-to-one meetings, Sean Lee has overcome personal dilemmas and business mistakes.

Over several cups of tea in Malacca, Sean Lee, Managing Director of I-Xeon MSC Sdn. Bhd., a manufacturing software solutions company, reveals how Vistage has helped him make several difficult but effective decisions in his personal and business life.

‘I was in a dilemma as family ties and tradition were haunting me,’ he discloses. He first adopted the mindset that if he did not succeed in the IT business, he could fall back on his family business. But his Vistage group told him otherwise. The members told him that he needed to focus to succeed.

Through a few Vistage meetings, he was made to realize that his family business could still go on without him since he had other brothers and cousins. Sean finally made a clear and distinct decision to move on and focus on his own busiress. On hindsight, he calls it a ‘positive decision’, as his relationship with his family is fine today and he is free to pursue his dreams.

In the business arena, Sean says he enjoys issue processing and one-to-one meetings as it makes hime sit down and think deeply. He recalls processing two issues that eventually saved him from distress. One involved a potential merger and acquisition. He was initially not in favor of the idea but his Vistage Group advised him to go ahead to talk to the interested party and do due diligence. After the groundwork, Sean realized that the two companies’ work culture were not compatible, he called the merger off.

The other issue involved the removal of a key personnel in his company. Instead of promoting staff from within the company, Sean decided to hire an outsider as General Manager to spearhead growth.

‘It was a wrong marriage,’ he reveals as the manager had a different management style that did not go down well with the existing staff.’ The company suffered in that operations were not smooth and Sean had several outbreaks with the manager for close to one year. Sean made the decision to let him go and today he sees better workflow and teamwork among his staff.

I-Xeon was founded in 1999. It specializes in customized software solutions in the production and supply chain segments for the manufacturing industry. The company received MSC status in 1997, and services both Malaysian and European customers. Sean says that turnover at RM 3 million in 2008 was dampened by the economic crisis. But he expresses confidence and underscores the values he has learnt from Vistage about CEO life.

‘We don’t blame customers, products or complain about our problems. We manage change, manage problems,’ he explains. Sean describes this as the ‘inside out’ approach. He adds that he will continue to adopt tools that he learnt at Vistage such as value selling, business performance management and Key Performance Indicators to plan for future growth.

We use cookies and other tracking technologies to assist with navigation of our websites, personalize content, analyze our traffic, analyze your use of our services, and assist with our promotional and marketing efforts. If you continue without changing your settings, we’ll assume that you are happy to receive all cookies on our websites. However, you can change your cookie preferences at any time.
Accept CookiesCookie Preferences Center >>
Privacy & Cookies Policy